Going Green: A Look at the Kona and Kona EV

In 2017, Hyundai unveiled the new electric version of the dependable Kona, and questions started pouring in.

One such question often asked about the Kona EV is; beyond the power source, what are the biggest differences between these two vehicles?

One primary difference is the rather substantial gap between the Kona EV’s horsepower and torque ratings when compared to its internal combustion engine counterpart. Hyundai went all-in to create a serious SUV when they designed the electric version; substantially improving on the standard Kona’s performance. This upgrade ultimately means better acceleration and more power overall for those particularly nasty winters. One area where the Kona EV does suffer is its range: maximum distance on a full charge is 415km while a standard Kona can get as much as 635km per tank under ideal conditions.

When it comes to comfort features both vehicles are functionally identical. There is a marked difference in the packaging of safety technology though. The Kona EV features collision warning and automatic braking standard, while the gas powered Kona does not. In addition, the Kona EV features improved parking awareness tools with the addition of a parking safety sensor system.

Both vehicles have been put through their paces by the NHTSA and have received an overall rating of 5/5 with identical front, side and rear collision ratings; which means that you can rest easy knowing that even with the exterior styling changes, the bones of both of these vehicles are as sturdy as ever.

All and all, there’s a lot to recommend in both of these vehicles. If you want to go electric and want some more power under the hood you should go with the Kona EV. If you are looking to buy on a tighter budget, then the traditional Kona is a good option in its own right. 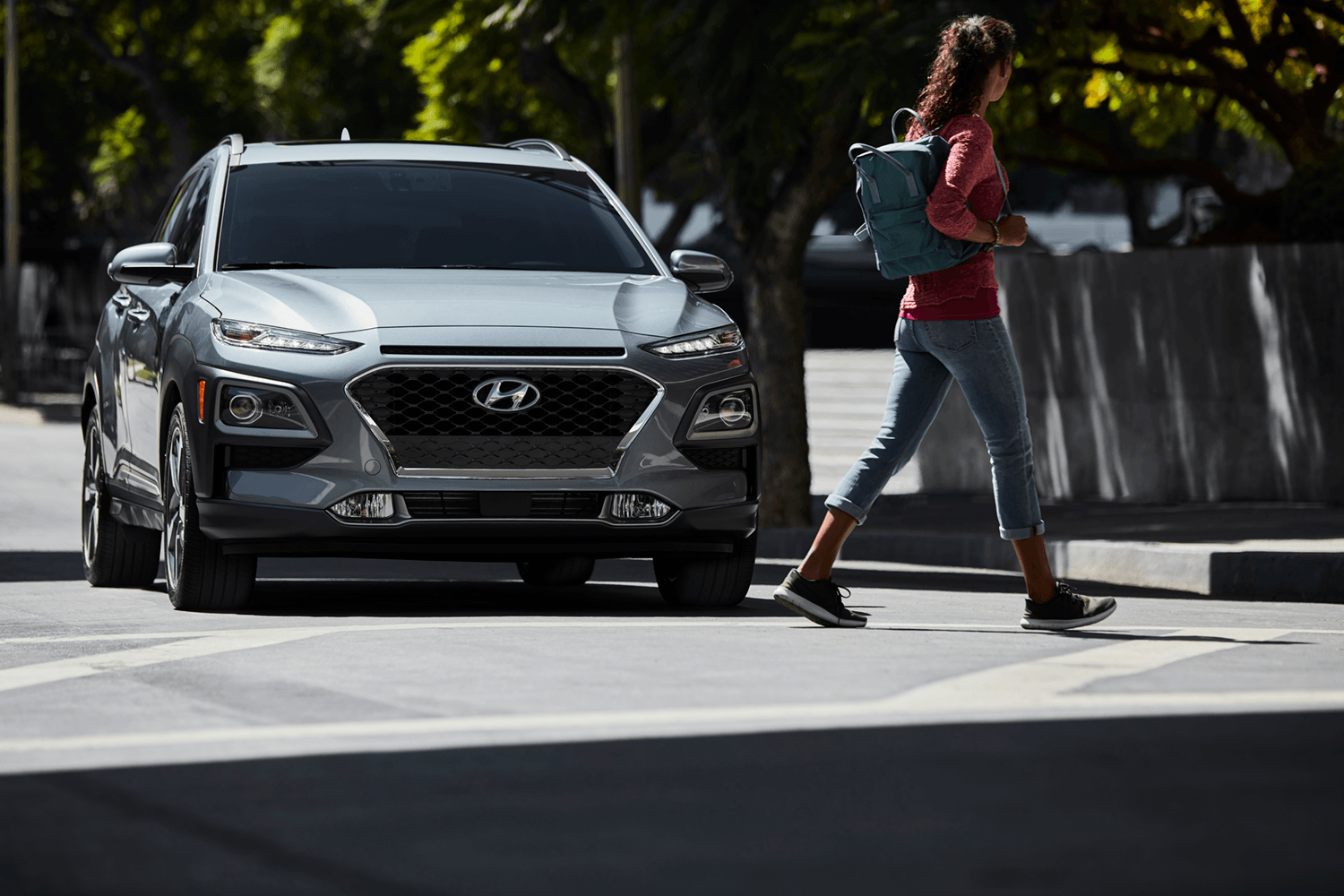 Kona seen from the front on a city steeet 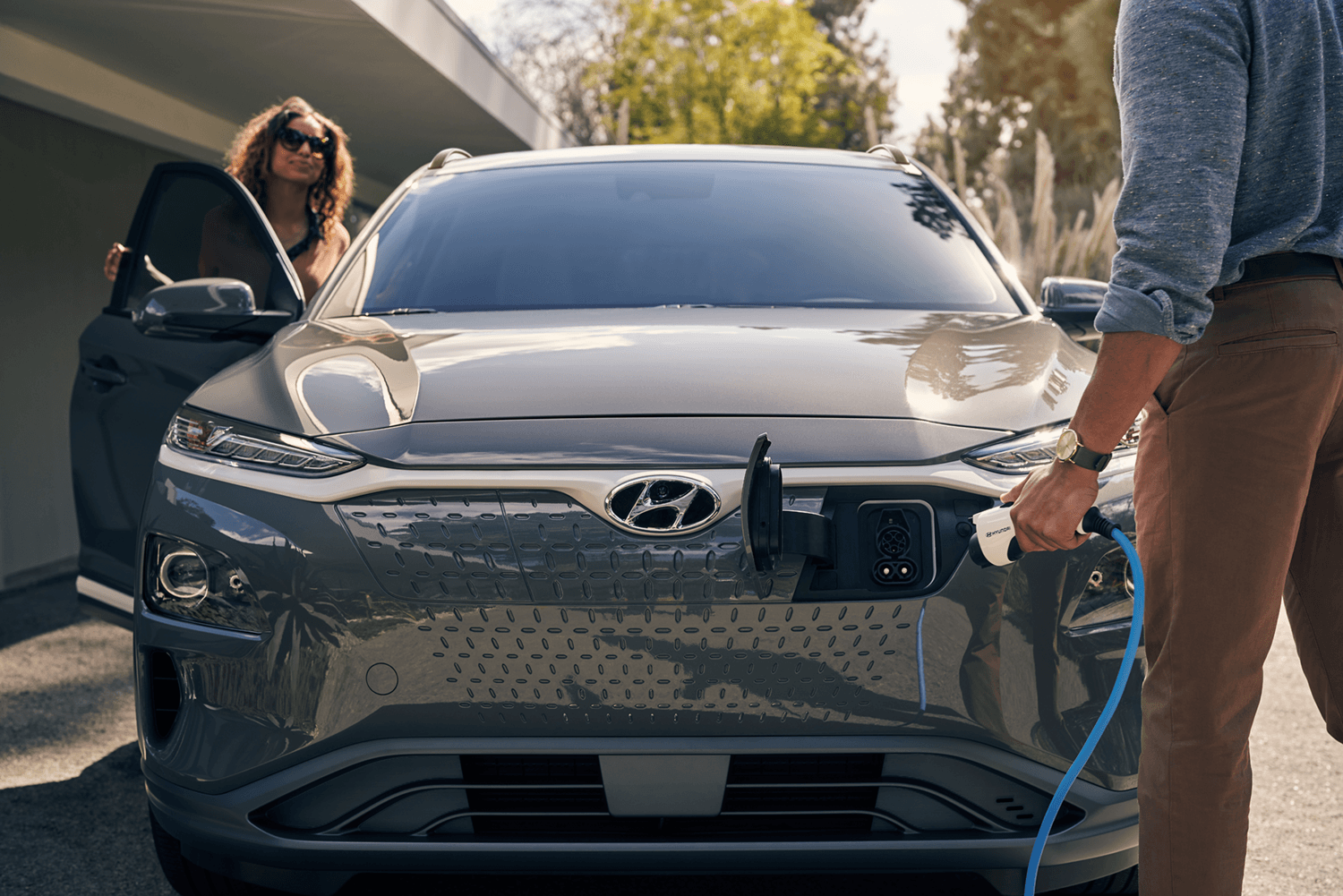 Close up of Kona EV with charger plugged in