Have you ever looked at a midsize sedan and thought “I wish it had more power” Well, good news Hyundai has decided to make this dream a reality with the addition of the 2021 Elantra N-Line Let’s take a look at what this new upgrade brings to the table.

As is common with vehicles that gain the coveted Performance-N badge Hyundai has redesigned the exterior with a more angular style befitting its new performance-oriented upgrades. The first thing that may draw your attention is the custom 18” alloy rims which have an almost bladed or propeller-like appearance in keeping with its new style direction. Something that you generally don’t see on the standard Elantra is an upgraded dual exhaust system to help you stand out a little more on the highway.  The most notable exterior change is the redesigned grille, which in addition to being blacked-out has a design that invokes the imagery of shattered glass, perhaps indicative of the expectations this car aims to shatter.

Unsurprisingly, the most notable change to this performance car is its engine, replacing the standard 2.0L engine with a 1.6L turbo which kicks the horsepower up from 147 HP up to an impressive 201 HP alongside a corresponding improvement in overall torque to help you jump off the line faster. Adding to this performance upgrade is the inclusion of either a six-speed manual transmission or a seven-speed dual-clutch automatic transmission both of which will help you get the most out of your daily driving adventures.

The Elantra N’s changes are more than just skin deep they extend to the interior of the car, ensuring a distinctive environment as soon as you sit down.

Moving to the interior the new Elantra adds the expected touches that are indicative of the N-Performance line of cars. Such as, custom-designed seats that are evocative of a rally car custom badges and logos, stainless steel pedals and paddle shifters (only available on the six-speed manual). All these upgrades work together splendidly to give the Elantra N a much more athletic feel compared to its predecessor.

The Elantra N-Line is coming to North America later this year and while the pricing has yet to be confirmed for the Canadian market you can bet that it’ll be worth every penny. Stay tuned for future updates and while you’re here check out our current stock of new and used cars below. 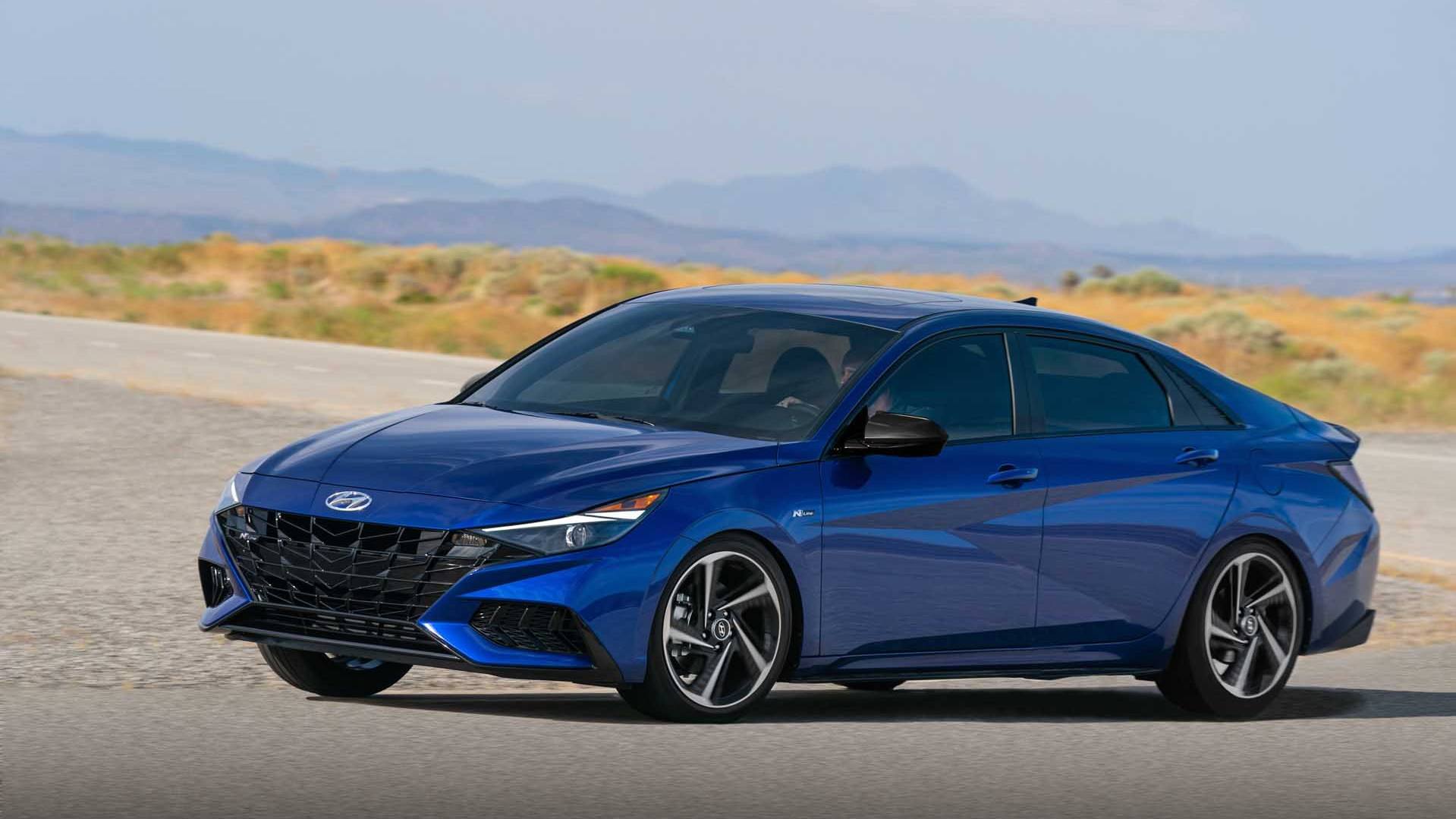 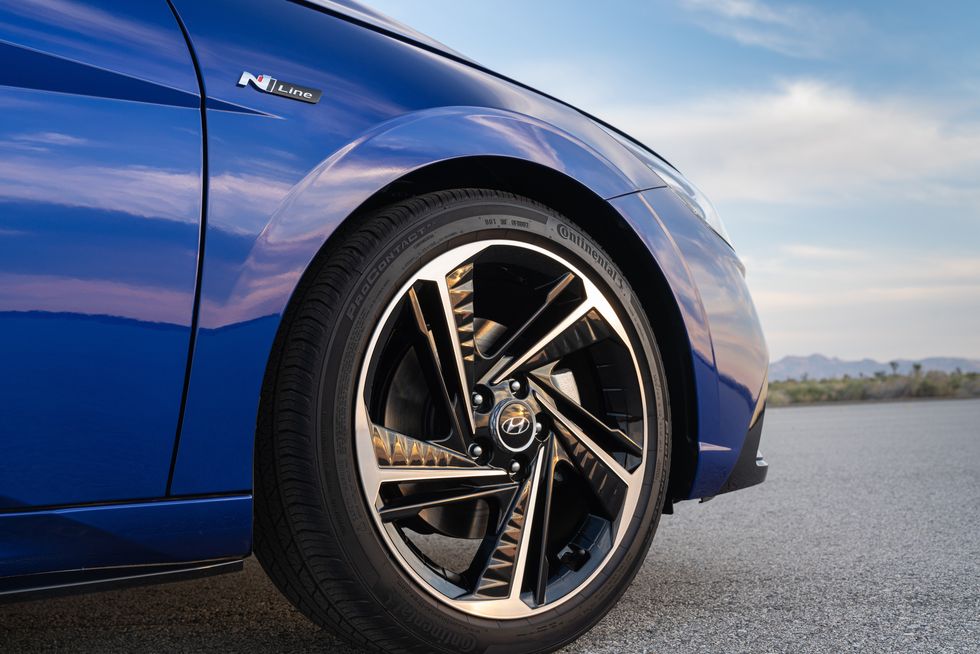 Close up of Elantra-N's rims 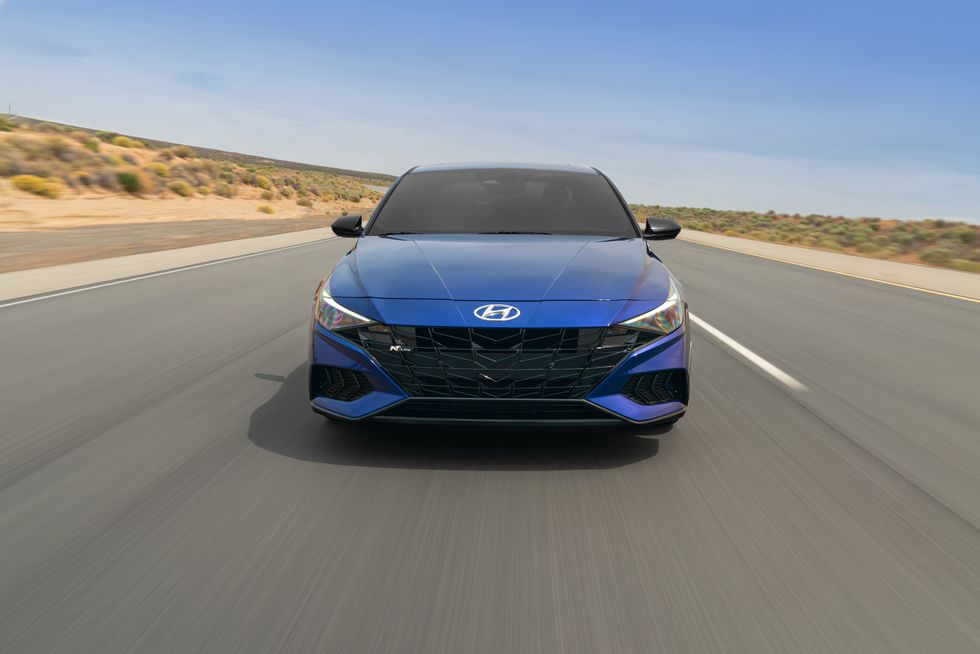 Front view of the Elantra-N 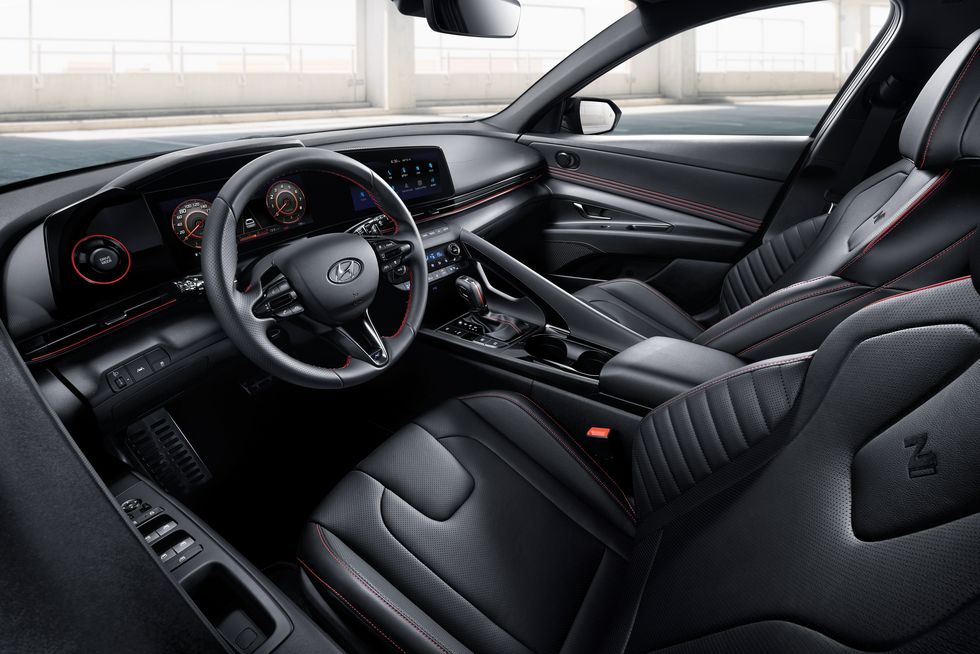 View of the interior