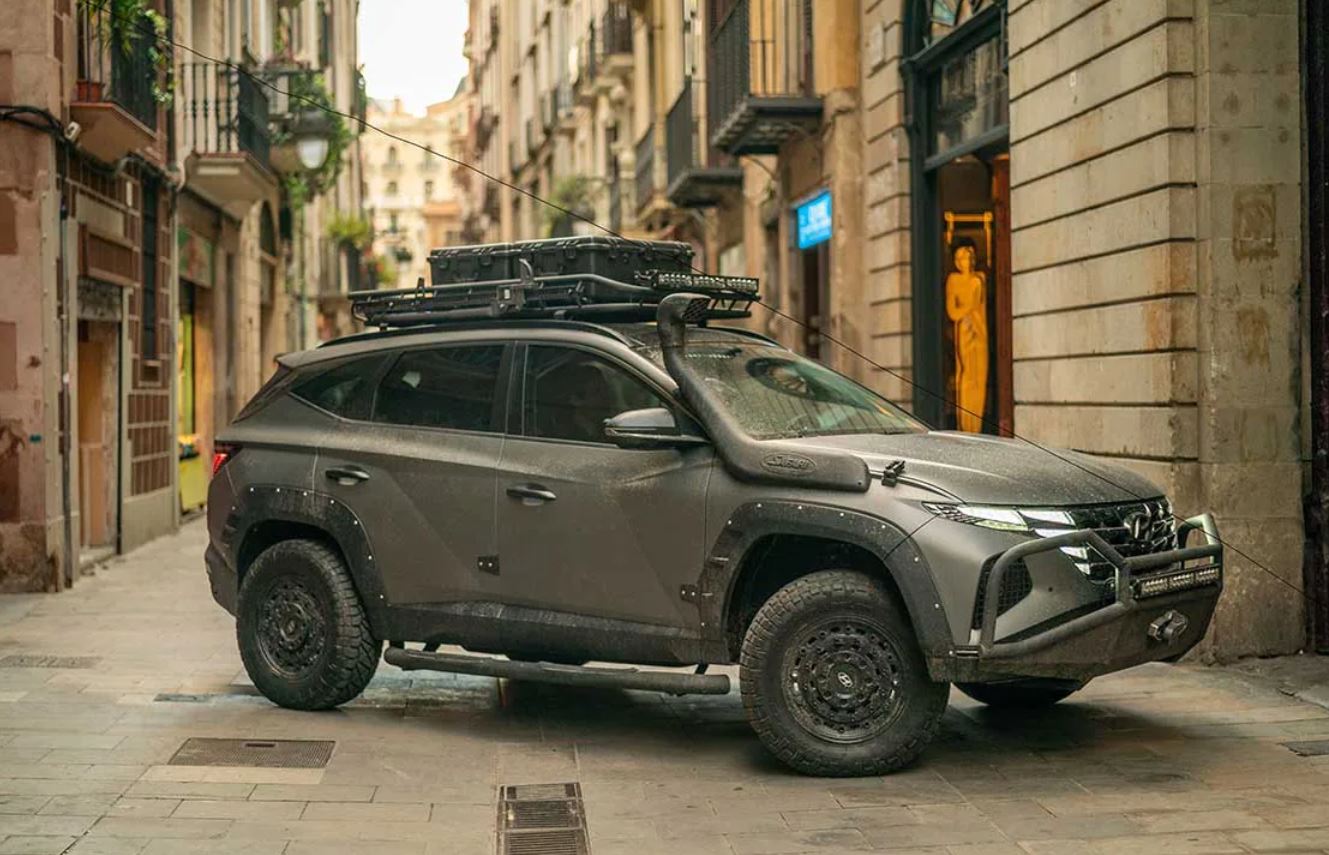 SEOUL/FOUNTAIN VALLEY, Calif., Feb. 1, 2022 – The all-new 2022 Hyundai TUCSON will show its versatile capabilities and futuristic design in the upcoming Sony Pictures film “Uncharted,” adding thrill and excitement to the adventure as a customized “Beast” concept prototype.

In addition to TUCSON “Beast,” popular production models, such as the all-new 2022 Hyundai TUCSON, Genesis G90, Genesis G80 and Genesis GV80, make appearances in the film, which is set to premiere on Feb. 11 in the U.K. and Feb. 18 in the U.S. and other global markets.

“The all-new TUCSON is a highly capable SUV that is up for the challenge of a treasure-hunting adventure,” said Thomas Schemera, Executive Vice President, Global Chief Marketing Officer and Head of Customer Experience Division of Hyundai Motor Company. “‘Uncharted’ is a property with millions of fans around the world and we are excited to showcase the capabilities and technologies of our vehicles in ways that are creative and fitting to the Sony Pictures film. Our recent collaboration with ‘Spider-Man: No Way Home’ was a tremendous success in promoting the IONIQ 5 and TUCSON, and we look forward to building on that momentum with ‘Uncharted.’”

Sony Pictures’ action-adventure movie is based on the popular PlayStation video game of the same title, “Uncharted,” by Naughty Dog. In the film, street-smart thief Nathan Drake (Tom Holland) is recruited by seasoned treasure hunter Victor “Sully” Sullivan (Mark Wahlberg) to recover a fortune lost by Ferdinand Magellan 500 years ago. What starts as a heist job for the duo becomes a globe-trotting, white-knuckle race to reach the prize before the ruthless Moncada (Antonio Banderas), who believes he and his family are the rightful heirs. If Nate and Sully can decipher the clues and solve one of the world’s oldest mysteries, they stand to find $5 billion in treasure and perhaps even Nate’s long-lost brother, but only if they can learn to work together.

Hyundai Design and Technical Center in Irvine, Calif., and Sony Pictures collaborated on the design of the TUCSON “Beast” concept, which features a rugged exterior with fortified bumpers, tires and other outdoor-ready accoutrements that exhilarate the treasure-hunting escapade.

“The Hyundai team has created a fun and global campaign that perfectly captures the adventurous tone of ‘Uncharted’ and further reinforces why they make such great partners,” said Jeffrey Godsick, EVP of Global Partnerships and Brand Management and Head of Location Based Entertainment at Sony Pictures Entertainment.

As part of its marketing activities for the film, Hyundai Motor has launched a global TV commercial starring Tom Holland and a variety of digital and on-site promotional activities. The 60-second commercial, “Car Wash,” features Holland as Nathan Drake, who arrives at a local car wash with his TUCSON covered in mud and filled with various treasure-hunting tools and artifacts. While his car is being washed, Nathan relaxes at the car wash until the TUCSON is clean and ready for its next adventure. A 30-second broadcast version will air as part of high-visibility television programs in the U.S., Europe, Korea and other global markets through February 2022.

Hyundai Motor’s “Uncharted” campaign stems from the global multi-picture promotional partnership the company inked with Sony Pictures in May 2020 to showcase the company’s human-centered mobility vision via product and technological innovations. It follows Hyundai Motor’s successful partnership with “Spider-Man: No Way Home,” one of the top 10 highest grossing global films of all time, which is currently playing in movie theaters.

Next up, Hyundai Motor will have an integration in “Spider-Man™: Across the Spider-Verse (Part One),” the sequel to the critically acclaimed, Academy Award®-winning animated film, “Spider-Man: Into the Spider-Verse,” due to premiere in October 2022.